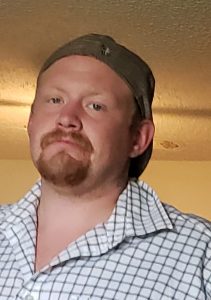 Phillip had the most beautiful smile and his laugh was contagious.  He had such a kind heart and would give you the shirt off his back.  He had such a love for life, but he lost his battle to addictions.  You are finally at peace son.
Phillip is survived by:
Mom-  Dawn Paul
Dad-  Dean Janz
Grandfather Eugene Janz, Sister Brittney Janz, Uncle Carl and Auntie Loretta Paul, Auntie Trudy McDowell, Auntie Brenda Paul, Auntie EmileZaritsky,Uncle Keith Janz, Uncle Morgan Janz, Uncle Dale Janz, Uncle Malcolm Travis, Uncle Shane Travis.
His special cousins: Nana, Dustin, Brody, Brady, Jamie, Destiny, Joshua, Stephanie, Heather and Jamie Lee.
His special friends: Garth Kroeger, Trent Robert, Airies Ratt, Biz, Whitney Sjogren and Trevor Anderson
He is predeceased by his Grandparents Bertha & Bill McNeil, Grandma Judy Janz, Great Grandpa Bernard Paul, Grandpa James Travis and his Uncle Brad McDowell
Phillip grew up in Prince Albert, Sk.  He played baseball and was a cub member.  He wrestled and won gold in his division in the Saskatchewan Indigenous Winter Games. He boxed and then starting fighting MMA. He loved playing guitar, making rap music and fishing. He loved his pets Meiko and Shintockcha so much. He loved his family dearly and missed his Grandma Bertha so much, now you are together again.   Phillip had this bright light about him and he was a magnificent son.  We will miss you so much PJ, Philly, Albino the Rhino.  Till we meet again love.
Funeral arrangements have been entrusted to Cherished Memories Funeral Services and Crematory Inc.

One response to “Phillip Jean-Marie Paul”