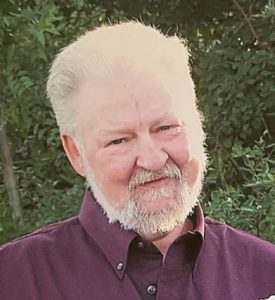 It is with great sadness that the family announces the passing of Barry Prentice. Barry was born in Leeds, Yorkshire England on September 4, 1950 to Bertie and Irene Prentice. He passed away on October 15, 2021 with his family by his side.

Barry and his parents came to Canada to live when he was 6 years old. They lived in Dinsmore & with their family until they were able to start their new lives in Saskatoon.

Growing up Barry loved all the time spent with his parents and brother on their many camping, fishing and hunting adventures. He remained an avid hunter and fisherman all of his life. Barry treasured his memories with his mom and Dad and we were very fortunate to have heard many stories of his adventures growing up. Barry had many fond memories riding motorcycles and spending time with his friends from the band Killarney as well as living in Dillon and working at the Hudson’s Bay store there.

Barry had a 35-year career at the Saskatoon Forestry Park & Zoo. He began working at the old Golden Gate Zoo located at the end of 33rd St and moved to the Saskatoon Forestry Farm Zoo at its current location when it opened not long after. Barry helped design and build the trout pond and the monkey house at the zoo. He also worked hard to prepare and help launch the Enchanted Forest. Barry proudly retired as the maintenance Foreman in 1999. He remained busy designing and building trailers and doing renovations on the homestead.

Barry shared the love of the outdoors with his wife and daughters. Our favourite place to vacation was in the mountains. Specifically, in the Banff area. Many days and nights were spent camping in the tent and driving through the mountains. We always had fun exploring the less travelled pathways in the great outdoors.

Barry loved animals and always had a trusty companion. His most recent pets are Gunner, Winter and Baby who are lost without him too.

Barry is survived by his wife Joan, daughters Amanda (Rick), Brittany (Waren) and his brother David (Jackie). We would like to make a special mention of Jim, Waren and Brittany, his hunting buddies as Barry will be missed on this and every hunting season going forward.

Although not named, Barry had many family and friends that have reached out with their thoughts and kind words.

The family would like to take this time to thank everyone for their support and comforting words which have helped us during our difficult journey.  A  special thank-you to all of the caring and compassionate staff that we have come into our lives from the Dalmeny first responders, ambulance services, staff at the RUH, and Cherished Memories Funeral Services.