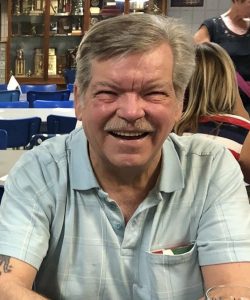 Ronald Wayne Yake, beloved spouse of the late Sandra Jacobs, passed away Saturday morning August 20, 2022, surrounded by loving family. Ron was born to Budd and Phyllis Yake in Cabri, SK where he joined an existing family of two rowdy boys, later was added a younger brother and two baby sisters.

Ron attended school in Hazlet, Elrose, and Abbey. After leaving school Ron headed to Alberta where he worked at several jobs including farming, bartending, Electrolux vacuum sales and repair, and at the pulp and paper mill in Hinton before returning to Saskatchewan in the early 1980’s. Ron completed a welding course in Swift Current which led him to work for companies such as FlexiCoil and HoneyBee Manufacturing. He moved to Saskatoon in 1986 where he completed his welding career after 25 years with CNH in 2017.

In 1994 Ron met the love of his life, best friend and soulmate, Sandra Jacobs and in 1996 they purchased a home in Riversdale, building a life full of family and friends (that became family to him). Backyard bonfires, dart tournaments, bowling, camping, and gatherings at the local #38 Army, Navy & Airforce Veterans Club is where you could usually find them. Ron and Sandra were huge supporters of the Army & Navy Veterans Club of Saskatoon, spending many evenings playing darts, taking part in their various clubs (ie golf), and socializing. They both volunteered as drivers for the ANAVET’s each New Year’s Eve, making sure that their friends arrived home safely.

Ron enjoyed sports of all kinds, including darts, golf, bowling, curling, baseball and football. He loved movies and reading – especially old westerns, online games, but most of all his time spent with family and the kids of the families who he loved like his own.  He was also known for being a smartass with an extremely dry sense of humor and he usually used it when least expected.

Ron and Sandra could be found playing games with neighbors, in numerous sports leagues or volunteering for sporting events such as the Labatt Brier or Scotties. Family and friends were very important to Ron and he always went out of his way to show his love and support for the valuable people in his life. He loved camping with Sandra, family and friends, and he camped right up until this past July. Sandra passed away in 2014 and Ron never quite recovered from the loss. After his retirement, Ron’s health began to deteriorate, but even when it caused him to struggle, he never once complained as he never wanted to bother anyone – he truly was one of the most stubborn men you could ever meet, but with the biggest heart of gold!

Ron’s entire family would like to thank all those who sent messages, called and showed their support in any way – it is greatly appreciated. There will be a celebration of Ron’s life at the #38 Army, Navy & Airforce Veterans Club (359 1st Avenue North, Saskatoon) on October 9 from 1300-1500 hrs. Those wishing to remember Ron may do so with a gift to the Cancer Clinic at RUH (20 Campus Drive, Saskatoon Sk. S7N 4H4). 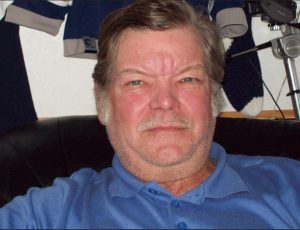 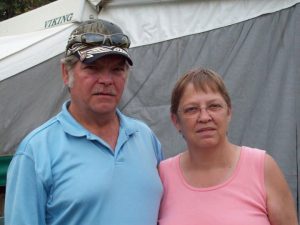 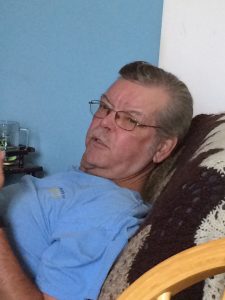