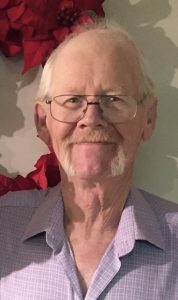 Alan passed away unexpectedly at his home on Monday November 22nd, 2021.

Alan was born December 7th, 1950 to Beryl and Charles Roberts in Saskatoon and was raised in Star City.  He spent the last 45 years living on the acreage near Dalmeny that he swore he would never leave.

Al was predeceased by his parents Beryl and Charles Roberts, his mother-in- law and father- in- law; Reg and Susan Downing, and brother in law Daniel Ross.

As per Alan’s wishes, there will be no funeral.  A Celebration of Life will be held in 2022.

Special thanks to both the Dalmeny and Martensville Fire Departments as well as the Warman RCMP for all their efforts.

Rest easy Dad.  We’re sure you are already out fishing with Butch!