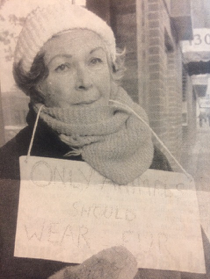 Mrs. Hildegarde Alexandra Lejins passed away June 1st at the age of 92.

Alexandra Hildegarde Kalnins was born on December 4, 1925 in Kraslava, Latvia.  A rebel all her life Hildegarde became a determined vegetarian at a very young age and at a time and place where such a choice was extremely rare and discouraged. She had dreamed of attending University and loved geology but circumstances made that impossible for her. Hildegarde survived the occupation of her beloved country Latvia first by the Russians, then the Germans during WW2, and then once more by the Russians after the war.  Her father was a police officer who died when Hildegarde was only six years old leaving her alone with her Mother and Grandmother. They faced many hardships before and during the war and were eventually forced to follow the retreating German army out of Latvia and into a ‘Displaced Persons’ Refugee Camp.  Her Grandmother died in the camp and after the war Hildegarde and her Mother made their way to England where Hildegarde spent two years in a sanitarium battling many health problems.  She met her husband Zigurd Lejins (also from Latvia) in England and after giving birth to a son Janis (John), they along with Hildegarde’s Mother emigrated to Canada in 1960.

A disturbing incident in England forever changed the lives of Hildegarde and Zigurd.  Hildegarde had always felt there was an important connection between humans and animals but this incident only strengthened her belief.  Immediately afterwards Zig also became a vegetarian and Hildegarde began her life’s work as a staunch animal rights activist.  When they first came to Canada they settled in Ontario where Hildegarde began her pursuit of the abolishment of animal cruelty.  She campaigned tirelessly, wrote letters, picketed, and corresponded world-wide with other people on the same mission. It was her passion and life’s purpose and her determination and stubbornness was nothing short of amazing. With Zig’s blessing her days were spent zealously in this pursuit and yet to Hildegarde what she accomplished in the animal rights movement was never enough.  Hildegarde and Zig eventually moved to the Prince Albert area in 1975 where they built a house on an acreage which soon became home to innumerable dogs, cats, squirrels, rabbits, ravens, geese etc. etc.  They raised many species of orphaned or injured animals and re-released them into the wild and when that wasn’t possible the animals stayed and found a loving home there.  I remember visiting Zig and Hildegarde and having their rescued baby squirrels run up my leg, over my head and down my other leg before scurrying away. Goslings that came to them because of some mishap to their parents quickly became full grown geese that imprinted on them and would follow Zig and Hildegarde in the yard.  As soon as a cherished pet died Hildegarde would rush to the SPCA to provide a home to yet another lucky dog or cat.  Animals were respected by Hildegarde and treated as family members to an extent that I’ve never seen…no animal was left to suffer despite the sorrow she and Zig experienced in losing them.  Hildegarde never faltered in her life’s work and many people may remember her picketing in front of fur establishments in downtown Prince Albert even in the coldest weather.  Nothing could stop her mission.

Hildegarde and Zig were horrified by the amount of excess and waste in the world and subsequently never wasted a thing…if there wasn’t a use for it now there would be a use for it one day.  Zig would laugh that when they went to the landfill with the little garbage that they did have they ended up coming back home with more than they brought. They planted a huge garden and used absolutely everything from it.  Their yard was a tangle of trees, grass, shrubs, and wildflowers and they let everything grow with abandon so as to encourage wildlife.  There was no such thing as weeds to Hildegarde and Zig as long as some insect, mouse, or bird found refuge there.  They would collect used clothing to send to the then Soviet occupied Latvia. After the disintegration of the Soviet Union they were able to return for a couple of visits to their homeland and re-connect with long lost friends and relatives.  These visits to their home that they left reluctantly 60 years ago were incredibly emotional for them.

Hildegarde and Zig’s life legacy is a fund exclusively dedicated to their mission.  The bulk of their estate is to be left to the Medical Department of the University of Saskatchewan to further the pursuit of the complete abolishment of animal testing in research.

Hildegarde was predeceased by a brother Erik in infancy, her Mother Hilda in 1967, her husband Zigurd in 2008 and her only child John in 2011.

She has no remaining family in Canada but leaves her special friends, Rosanne, Jimmy, Anne, Gwen, Dave and Judy

A special Thank-you to Travis and the Home Care Staff who went above and beyond in their care of Hildegarde making extra effort to allow her to stay in the home she loved for as long as possible. Many of the home care staff continued to visit her in hospital even after their services were no longer required…you became part of her family for which I am grateful.

Also Thank-you to the staff on the 5thfloor of the Victoria Hospital who made her as comfortable as possible and showed much compassion during Hildegarde’s stay in hospital and especially during her final days. I have tremendous respect for what you all do every day, not only for your patients but also for their loved ones…you truly do special work.

Hildegarde and Zig’s lives were lived with conviction, courage, and honesty and I am blessed to have been their friend

At Hildegarde’s request there will be no funeral service.

One response to “Aleksandra Hildegarde Lejins”