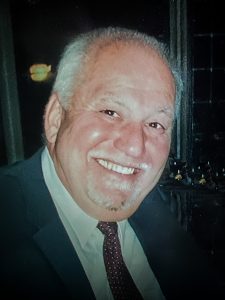 Surrounded by family, Bob (Robert) Forster passed peacefully on May 26th, 2022.
Bob’s path started out on August 24,1945 in Virden Manitoba as Robert David Forster to his beloved parents David and Mollie Forster.
Right off the hop, Robert (who became Bob when he entered the RCMP at age 21 years) was what one would call “a character”. His sense of mischief was legendary.
Following his training at Depot, Bob’s RCMP career began in Rosetown SK, eventually leading back to Regina where he started his family.
His next post would be Carlyle, where the family (and beltline) continued to expand. Here, a station wagon designed for 6 (but filled with 8) could be seen twice a year heading south of the border to Minot for school supplies, all day swims, and the creation of countless memories.
Cpl Forster was then stationed at Fillmore, where he took on the role of Unit Commander.
Bob’s final stop with the RCMP was running a detachment in Pierceland, but this time as Sergeant Forster (aka ‘Large Sarge’) – Bob’s desired rank as a Mountie, and befitting of his interest in hands-on policing.
For those in the know, Bob’s time in the RCMP was ‘spicy’ – always putting his family, those in his command, and those most in need first (Much to the chagrin of some of them ‘higher up’ types).
He retired from active policing in 2000. However, Bob’s contributions were not complete as he continued working in an advisory capacity for the RCMP through to 2021 capping just shy of 54 years of service to the public.

Bob’s next adventure began in 2006 when he met his love, Donna. After several years of courtship, he dropped to one knee (and as legend has it, needed a hand back up) proposing in Christmas of 2015 – they wed in 2017.
These were wonderful years for Bob, as he and Donna spent time traveling to BC to visit friends and family, tending to Donna’s yard in Semans, and racking up the miles traveling back and forth to visit the greatest gifts of his life – his 6 children and many grandchildren.
Visits from Dad were far too many to count over the last 2 decades. Be it by car, plane, or motorcycle, a visit from ‘Gramps’ meant family was in for too much coffee, a few too many meals, tall tales, and endless laughs.
They were always something to look forward to, and every time he left, life felt a little melancholy. Dad, you were a father and grandparent like no other. We love you and miss you.
Bob had an innate sense of exuberance, passion and fun which he shared with his family and friends throughout his life. He had an extraordinary sense of justice and integrity which stood him in good stead when teaching his children and working in the RCMP.

Robert/Bob/Dad/Gramps will be loved and remembered always by His loving wife Donna, His children (with former wife Gail) David (Delphine), Tamatha (Des), Steven (Amanda), Sarah (Lynn), Ashley, Andrew (Shookria), His Grandchildren Jesse, Tegan, Mattea, Sydney, Lilli, Makena, Aiden, Naveigh, Gabriel, Huxley, Emerson, Tyven, Josslyn, Ethan, His Sister, Vicki and numerous family and friends.
Funeral services will be held at St. Mary’s Parish in Saskatoon Wednesday June 1st at 10:30AM.
For those unable to attend the service in person, a livestream of the service will be able to view at  https://youtu.be/ccV9Li6DYuw