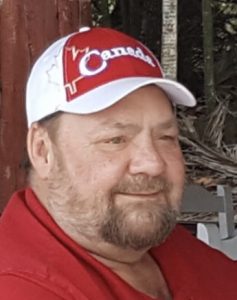 With profound sadness we announce the sudden passing of our precious son and brother Brent Douglas Wolfe on Saturday, November 17, 2018. He was predeceased by his father and closest friend Ray in 2002; paternal grandparents Adolph and Annie Wolfe; maternal grandparents Karl and Elsbeth Kaun; numerous aunts and uncles; special cousin Brad Wolfe; and many other cousins; and brother-in-law Darrell Bjerg in 2014. Brent is survived by his loving mother Ruth Wolfe; adoring twin sister Carla Rae James; Aunt Orpha Anderson; Uncle Wally Wolf; special ex-mother-in-law Helen Valley; estranged children Darren Wolfe, Dr. Ashley Slovack and Lindsay Tysdal and three grandchildren he loved dearly (but sadly never met) all residing in Saskatoon; Carla’s daughter Erin Gardiner (Corey); and great-nephews Aidan and Ewan of Victoria, B.C. Brent is also survived by lifelong dear friend Jerry Lopinski, who was invaluable in assisting Brent with the farm throughout the years. Brent was a kind, loving man who would do anything for anyone. He was talented in many ways, there was nothing he couldn’t fix or manufacture. Some of his happiest times were at the farm with his dad. Brent did a lot of things in his life; Real estate, he started a swimming pool company, the General Store, and Universal Auction Service with his buddy and partner Jack Hills. The past few years as his health declined, he lived with his sister Carla. Brent, we know you are at peace with Dad and Darrell. Rest easy now. You will be eternally loved and adored and missed by Mom and Carla. A Funeral Service was held on Friday, November 23, at 2:00 p.m. at St. Paul’s Lutheran Church, 627 Taylor Street East in Saskatoon. Arrangements entrusted to Cherished Memories Funeral Services.