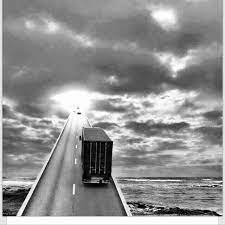 It is with much sadness that we announce the accidental passing of Brent Hendrickson at his home in Saskatoon, Saskatchewan on December 10th, 2021.  Brent was the son of Harold and Sonia (Sen/Heebner) Hendrickson.  His mother, with whom Brent was very close, passed away just a year-and-a-half ago and left a big empty space in his life.  Brent had one brother Denis (deceased), and is survived by his father Harold, his step-father Reg Heebner, his ex-wife Tanya, his niece Danika and her son Odin.  Brent partnered with his brother in a number of small business ventures on several occasions; these ventures ended upon the unexpected passing of his brother three months ago. Brent was a dedicated member of his family; represented by numerous aunts, uncles and cousins on both sides.

Brent spent most of his working life as a professional truck driver, most recently picking up milk from dairy farms for Agrifoods International.  Prior to this, Brent drove delivery trucks for Coca Cola, and before that he worked for a time in the oil fields.  He began his working career with a laundry pickup and delivery service in Saskatoon.  Brent was a national rodeo truck driving champion.  Being a humble person, he never boasted about his driving skills and accomplishments.

Brent loved good food and was a big fan of Corona beer (in moderation).  He was interested in history, the outdoors, and travel.  He was especially fond of Europe where he lived for a year, and in the process successfully courted his wife-to-be, Tanya.  He was passionate about music, especially playing and collecting guitars and amplifiers.  He was very committed to his beliefs and was respected by everyone who made the effort to get to know him.  Brent will be sorely missed by all those people.