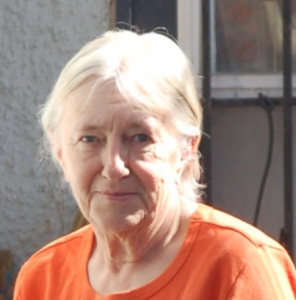 March 1940 – June 2022
After a long battle, Carole has moved on to her next adventure.
Carole was the oldest of eleven children and became a mother’s helper at a very early age.
She leaves behind her husband Lester of 57 years of marriage, Children: Debbie Greentree, Kim Klassen (Ruth), Jeffery Klassen.
Grandchildren: Adam & Marcia , Kristi & Heather , Alicia & Shawn, Dylan, Jessie & (Brianna), Anakin
​​​​​​​and nine Great-grandchildren, along with numerous siblings, nieces and nephews, and in-laws.
She was predeceased by her parents Melvin and Donna-May,  brothers Kenny, Bill, Ronald, Wade and son-in law Lynn Greentree.
In early years Carole was a true Suzy homemaker accomplishing numerous home projects from sewing upholstery, designing construction projects, fancy dinners in early times, elaborate  decorations for different seasons .
Later in life Carole and Lester found their Happy place at Sandy Point Park Campground, where Carole was the camp host, meeting numerous folks.  They walked and discovered many fossils, reptiles and over 130 birds.  Some of the discoveries were collected by scientists at the Drumheller museum. The bird information recorded in the Alberta bird book.
Carole was a collector of many items and subjects and knowledgeable in all topics. If you needed an answer, she was the walking goggle of her time.

In lieu of flowers, please donate to a charity of your choice. A small celebration of Carole’s life will be held at a later date.  Carole is being interred at The Columbarium at St John’s Cathedral.

One response to “Carole Klassen”