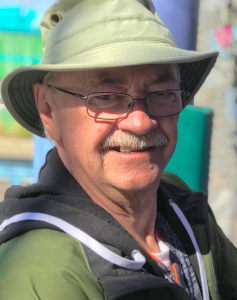 It is with great sadness that the family of Gordon Classen announces his passing on December 29, 2020 at the age of 66, following a battle with cancer.

Gord was born on June 12, 1954 in Leroy, Saskatchewan to parents George and Caroline Classen. As the 9th of 11 children, he spent his childhood on the family farm south of St. Gregor, where he learned the importance of family and hard work. Following his graduation from Muenster School, he apprenticed as a denturist and in 1976, settled in Tisdale where he purchased the Tisdale Denture Clinic.

On August 2, 1980, Gord married his sweetheart, Judy Scheidt, and they were blessed with two children: Kelley (born 1983) and Shannon (born 1985). Together, they raised their family on an acreage south of town, and Gord spent his days building his business, tinkering in his shop, and attending countless dance and sporting events for his girls.  Gord continued his successful denturist practice up until his cancer diagnosis in the summer of 2019, after which he retired, and the lake house at St. Brieux became Gord and Judy’s permanent home.

Gord was compassionate and always looked out for his fellow man. He was a member of the Tisdale Kinsmen Club in his early years, as well as a long-standing member of the Knights of Columbus. Gord enjoyed a challenge, took pride in a job well done, and always had a project on the go. He had an adventurous spirit with a love for the outdoors, a keen interest in history, and a passion for traveling.

Gord will be lovingly remembered by his wife of 40 years, Judy; his daughters Kelley (Nathan) and Shannon (Stephan); his siblings Marilyn (Leon), Dennis (Anne), Jeanie (Bob), Terry (Pam), Janice (Allan), and Michelle (Glenn); sister-in-law Holly; his grandchildren Finley, Zoey, Everett, Cora, and one more on the way; as well as many nieces, nephews, neighbors and friends. He is predeceased by his parents George and Caroline; siblings Ronald, Elaine, Gerald and Randy; brother-in-law Elmer; and nephews Michael and Neil.

In lieu of flowers, it was Gord’s wish for donations to be made in his memory to Melfort Home Care (Box 1480, Melfort SK, S0E 1A0).

A private funeral service in memory of Gord will be held at a later date.