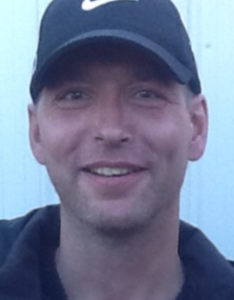 Cory took up the profession as a painter and decorator.  He was the proud owner of his company named – Total Package.

Cory was an avid golfer until he was in a wheelchair from a stroke he suffered in 2015.  His golfing hero was Tiger Woods, whom he tried to watch every tournament he was in.  Cory was a cribbage player and other card games. Very few ever beat him at crib! Cory loved to go to concerts and travelled hundreds of miles to see his favorite entertainers.  He collected a lot of concert memorabilia.  He also was a pool player and difficult to win against.  He was an avid reader collecting hundreds of books.

Cory loved his family and was very proud of each member.  He was predeceased by; his father; grandparents; and a sister, Jodi Wallman Brown who passed away on October 10, 2019.  He is survived by; his mother, Carol Niebergall and step-father of Kipling , Saskatchewan.  Also survived by; his brothers, Scott Wallman, Kurtis (Ashley), Shane (Tiffany) Niebergall and Sheldon(Krista) Niebergall; his sisters, Kristi(Ron) Wallman Farkas, Glenda (Kevin) Wallman Neddow and Kerri (Trevor) Stanley; and several nieces and nephews

R.I.P  Cory.  Loved and missed by your family !

Joint internment for Jodi and Cory  and celebration of life to be held at a later date.