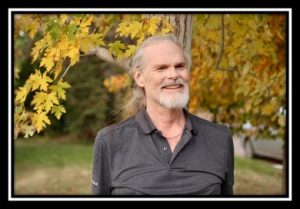 It is with heavy hearts that we announce the passing of our beloved father, husband, son, brother and friend, Daniel Arnold Kallstrom on December 8, 2022, at the age of 65. Dan is survived by his loving wife, Lila; his children Joshua, Jeremy, Aaron, and Elijah; his brother Scott (Amy); brother Michael (Karen); sister Ferne (Jim) McClintock, as well as nieces, nephews, and other relatives.
Dan was born in Pittsburg, Pennsylvania and raised in Florida, U.S. In school he was in drama, singing, gymnastics, and youth groups. This led him to join a dance troupe in Miami and later move to New York to do contemporary dance. His degree in Psychology, and Education led him to teach in New Jersey and live with his brother Scott. He met Lila while she was teaching in New York in 1991, married and moved to Canada to begin their lives here.
They raised their four sons in Martensville while Dan was teaching at Ahtahkakoop Reserve, Leask, and then in Saskatoon Greater Catholic Schools as a substitute teacher. This allowed him to raise his sons, attend their soccer, basketball, football and drama productions. He loved camping and was a rock climber, so our family took many trips to the mountains to hike. Candle Lake was also a favorite camping spot with the many tenting and RV adventures. He was able to travel to the ocean, in Florida for Kallstrom family reunions. He also joined his brother-in-law Jim for an Antarctic cruise, a once in a lifetime trip for him.
Dan loved being at home, gardening, raising chickens, experimenting with D.I.Y. projects in nutrition and wellness, cycling, critiquing movies, writing teacher articles, hot-tubbing, and going for coffee with Lila and his boys whenever possible. He got involved with the church, became Catholic when his son Eli was born, led a youth group, and performed in musicals. He became a Canadian citizen and was very content to live in our beautiful home.
Dan’s long journey with illness began in 2011 with a brain tumor, that was removed 3 times, and most lately with cancer in 2021 that he tried dealing with, and healing in a quiet, strong way. He was able to spend many quality times with his boys before peacefully finding rest from his burden. He was a quiet, gentle, loving father and being a dad was his passion. We loved him, will miss him, and he will be in our hearts forever.

Funeral Mass –Monday, December 19th, 2022 at 1:00 pm at Immaculate Heart of Mary Parish. For anyone wishing to watch,  a livestream is available at  https://youtu.be/BOiqzOsuGLo