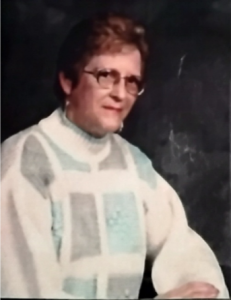 Deborah (Debbie) Joan Rogers nee: Campbell passed peacefully on January 12th, 2022, at the age of 68, in Saskatoon, Saskatchewan surrounded by her loving husband of 49 years and 3 of her children.

Debbie was the 2nd born to Charles (Chuck) and Hazel Campbell on May 23, 1953, in Edmonton Alberta. She was raised, alongside her 2 sisters, in the home that her father had built.

Debbie met the love of her life Bruce in May of 1972 and a whirlwind courtship ensued. They married in July of that same year. Together they raised 3 daughters and in 1977 it seemed as though their family was complete. Their hearts were so big and welcoming that in 1999 their youngest son Keith joined the family and in 2004 their oldest son Shawn cemented his place and the family of five, then six was now a family of seven. Through the years, her family grew to include 23 more.

Debbie leaves a legacy behind her that is found within each and everyone that she knew and loved. She was an avid homemaker, crafter, quilter, and gardener and always had coffee ready. You never left her home hungry, sad, or feeling alone. Many people grew to love her as their own, she had countless “honorary children” throughout the years and the bonds created remain to this day.

Debbie will be remembered for her never ending generosity, her immense love of family, her kindred spirit, and by the fact that you could not take her missed crib points but she could take yours.

Memorial donations in lieu of flowers may be made to the Heart and Stroke Foundation in her memory.

The Celebration of Debbie’s life will be held at the Spiritwood Civic Centre on Friday, July 22nd, 2022 at 1:00pm.