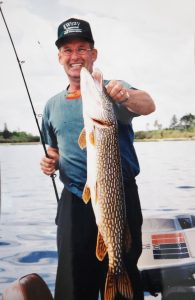 Donald Barry Gossen was born to David and Susan Gossen on July 10, 1951 in Waldheim. Don grew up in the Hepburn/Waldheim area. At a very young age he developed a love for hunting and trapping due to the influence of his Grandpa Gossen.

Don was baptized upon the confession of his faith in Jesus Christ in July 1966 by Norman Schultz at Redberry Bible Camp.

He worked for 7 Up Bottlers in Saskatoon for a number of years. In 1973 Don met Margaret Fehr and he was smitten by her immediately. They got married the following year on May 11, 1974. Don worked at the Co-op in Hepburn when they first married. By April of 1975 they were blessed with a son William (Billy). Not long after Billy was born Don and Margaret bought the hardware store in Waldheim. As time passed they started selling insurance from the store as well which led to the business eventually just becoming Gossen Insurance.

On October 31, 1979, God blessed Don and Margaret with a beautiful baby girl, Shauna, who was the apple of her daddy’s eye.

Don and Margaret continued running Gossen Insurance until 1997 when they sold the business and moved to Saskatoon. They both continued in the insurance business, working at Bulter Buyers Insurance until they separated, at which time Don once again started his own insurance company in October of 1999.

Don met Sara Bouchard (Wall) and 6 months later, on April 15, 2000 they were married at the Rock Church in Saskatoon by Pastor Dallas Beutler.

In June of 2000 Don and Sara moved to Meadow Lake. Here they built a house and chinchilla barn and started a chinchilla ranch: Don ranched chinchillas and Sara worked for an accountant.           In their spare time Don gardened and Sara baked for the Farmer’s Market.

Don was over the top when his son Billy announced his marriage to Kristine Edwards would take place on September 3, 2005. Then a few years later, on February 4, 2008, his first granddaughter, Sydney, was born. He was so excited and proud! Then on May 18, 2010 Gillian was born. Oh, how Don loved those little girls: he was so incredibly proud of them!

In 2007 Don and Sara felt led to sell their property and possessions to go and do mission work at Gale’s Point in Belize. They were there for 7 months after which they returned to the Rapid View area (2008) and set up a new yard site. Don worked at the Co-op in Meadow Lake and Sara went back to work for the Prairie North Health Authority. In November of 2015 they sold their home and moved into Meadow Lake where they resided until June of 2016 when they both retired and went their separate ways. Don remained in Meadow Lake spending his time volunteering with the Door of Hope and hunting and fishing with his brother Gerry and good friends Frank, Dave, and Brian.

Don passed away on December 20, 2020. He was predeceased by his father David Gossen.

As a family we would like to express our gratitude and thanks to all who share in our loss today. We appreciate all your prayers on our behalf. Your many acts of kindness and words of encouragement. God Bless you!

A video of the service can be found at https://play.webvideocore.net/popplayer.php?it=7j5tr2ambb8k&is_link=1&w=720&h=405&pause=1&title=Recording 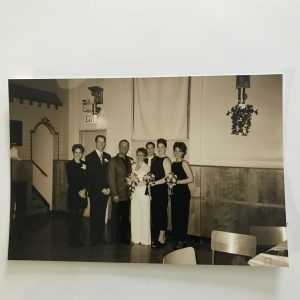 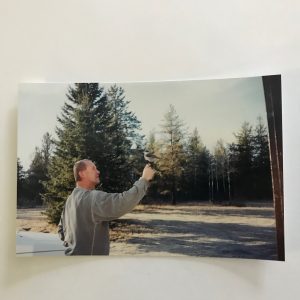