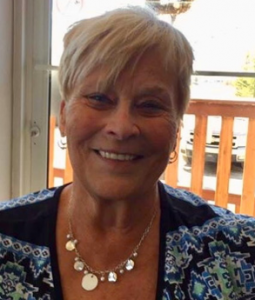 After a hard fought courageous battle with cancer, Donna passed away peacefully on August 30, 2019. Born on September 18, 1943 in Radville, Saskatchewan. She was raised on the farm and later in the town of Radville. After graduating high school she went off to hairdressing school in Regina.  She married Dwayne Brilz on April 20, 1963. They lived and worked in Radville until moving to Lanigan in 1969 where they lived together until Dwayne’s sudden passing in 2016. Donna moved to Martensville in July of 2018. She spent much of her career working for Sears in various capacities, including store manager and computer trainer.

She and Dwayne cherished their many years spent at their cabin at Greenwater Lake in the summers and their 17 winters in Yuma Arizona where they made many wonderful friends.  She was a loving mother and grandmother who loved spending time with her grandchildren.

She was perfect in many ways, fun loving, artistic and thoughtful to name a few but she wasn’t perfect in using a map and often found herself off the beaten path in her traveling days for Sears, you could also count on her to grab the wrong item from the store that was required ending up at home with something close to what she really needed but not quite.

She gave us all a lesson in strength, courage  and grace in her final months.

She leaves us with a very big hole in our family. Left to cherish her memory are her children and grandchildren; son, Darcy Brilz (Susan);his children, Delaine Brilz and Miranda Brilz; daughter, Rhonda Graham; her children, Tyler Graham and Danielle Graham. Donna’s siblings; Bob Stadnick (Linda), Jim Stadnick, Larry Stadnick (Leslie), and Karen Hockley as well as many nieces, nephews, and cherished friends. She was predeceased by her husband, Dwayne Brilz; and her parents John and Cora Stadnick.

A big thank you to Dr. Bosch and the team at the cancer centre for their efforts and to all of Mom’s family and friends that comforted her during her journey.

A celebration of life will be held at Cherished Memories Funeral home in Martensville on Monday September 9, at 2:00 pm.

In lieu of flowers donations can be made to the Canadian Cancer society or a charity of one’s choice.