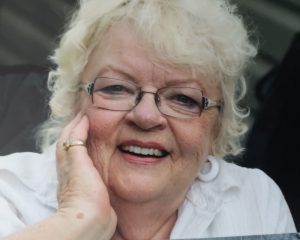 It is with heavy hearts the family of Doris Audrey Wilde (nee Lindberg) announce her passing on December 10, 2021.

She grew up east of Dundurn. Doris went to school at Wall Lake school until grade ten, then attended Bedford Road Collegiate. She continued her education at Saskatoon Business College and found employment in that field.

It was on a blind date in 1957 that Doris met her future husband, Richard (Dick) Wilde from Cudworth. In July 1958 they were married and had 5 children, Rick, Dave, Nanette and twins Warren and Allan.

She also leaves behind her brother Vernon Lindberg (Irene), as well as numerous nieces and nephews.

She was predeceased by her parents Ralph and Iva Lindberg and in-laws Joe and Rose Wilde.

Her love for her family made her life complete. She had a passion for painting, dancing, music, sports, and writing. Her strength in her Faith was truly calming for her in her final days.

The family would like to send a special thank you to the doctors, nurses and staff at RUH in palliative care.

A Celebration of Life will be available on-line Saturday December 18 at 2:00pm. Please contact a family member for details.