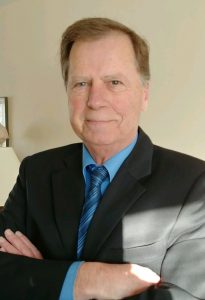 We sadly announce the passing of Doug Huntley on October 17, 2022 in Saskatoon after a courageous battle with cancer.
Doug was born in Trail, BC; however, the family lived in various communities in BC, AB and SK until finally moving to Saskatoon. Doug attended Buena Vista Elementary School, Nutana Collegiate and the University of SK. Doug was a born salesperson and worked in that field for ISL, Pitney Bowes and then on to Advance Moving Systems (United Van Lines) where he became Sales Manager for Saskatoon and their three branch offices. His next move was as a residential and commercial Realtor with Century 21. Doug was one of the founding members of the 7:22 Breakfast Club and a long-time member of the Traffic Club.
Doug was a proud family man who enjoyed being involved with his children and grandchildren’s activities over the years as well as staying connected with old friends. He loved fishing (especially the Annual Brown Bag Fishing trip with his son and brothers, golfing and curling at the Granite.
Doug is survived by his loving wife Susan, daughter Meghan (Chris), son Steven (Jocelyn) and grandchildren Erik, Abygail and Alexandra; brothers Bob (Val), Glen (Wanda), Ken, Dennis (Paula) and sister Dawn Jean (Brian); sister-in-law Gloria Saville (Hal) and brother-in-law Garry Smith (Sharon); and numerous nieces and nephews. He was predeceased by his parents Georgina and Donald.
Thanks to all the family, friends and colleagues who continued to visit and call even when Doug was in Palliative Care.

A celebration of his life will be held at a later date.