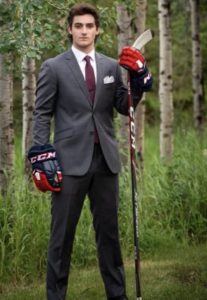 Dylan Michael Ashe entered this world on July 22, 2002, then parted from it tragically on September 20, 2020, but leaving it a better place for those whose lives are blessed by having known his kind heart and infectious grin.

Dylan lives on in the hearts of his Mom and Dad, Della and Mike Ashe; sisters Jordan and Kolbee and his brother, Riley. His legacy will be deeply cherished by his grandparents, great-grandparents, aunts, uncles, cousins, his countless friends, present and former teammates, coaches and billet families.

As a young boy on the ranch, one of Dylan’s first loves were horses, which he rode with his grandparents, especially enjoying team cattle penning. In 2014 the Ashe family moved to Warman, where Dylan excelled at the sport that was his passion since he hit the ice at just four-years-old: hockey. Dylan, who grew into a formidable defenseman, honed his skills on the ice playing for the Warman AA Wildcats and SaskValley Vipers, then just halfway through his first Midget season, jumped up to the Tisdale AAA Midget Trojans. Dylan was loved by his teammates wherever he played. His quiet, determined, sometimes mischievous personality was a hit both on and off the ice, as highlighted by his 2019 Telus Cup Bronze Medal win with the Trojans, in a match for which he earned the title of Player of the Game. Following that victory, Dylan climbed further up the ranks into the WHL, accepting an invitation to join the Lethbridge Hurricanes’ training camp, where he performed extremely well and remained with the team into its exhibition season, dressing for one game. After Lethbridge, Dylan settled in Melfort, where he played the 2019-20 SJHL season with the Mustangs as a 17-year-old, one of the youngest players on the team. Mustangs’ assistant coach Trevor Logan said Dylan was never deterred by being a younger player, instead, “when he did get a chance to get on the ice, he battled hard…and provided a lot of inspiration to the bench, seeing a 17-year-old winning battles (against) 20-year-olds and doing anything he could to help the team.”

Then there was the 1985 Chevy truck, which Dylan purchased for $200 out of a field. He and his dad spent hours upon hours one summer, restoring that truck, including doing all the necessary welding and autobody painting. Whether he was coming or going, Dylan always had a hug for each member of his family. Hunting, fishing or snowmobiling, at the lake or in the city – wherever you found Dylan’s buddies, you found Dylan. Dylan spent the summer of 2020 working hard on a Saskatchewan grain farm, fishing in his downtime and spending time with his friends.

A Private Memorial Service for Dylan will be held at 2:00 p.m. on Friday, October 2, 2020. A livestream will be available at: 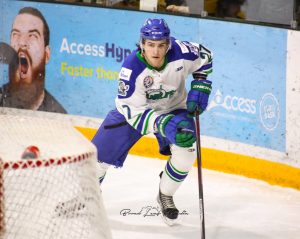 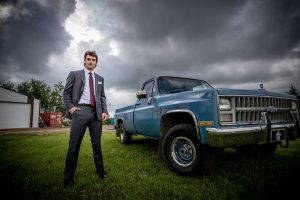 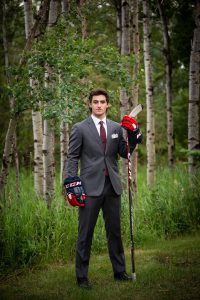