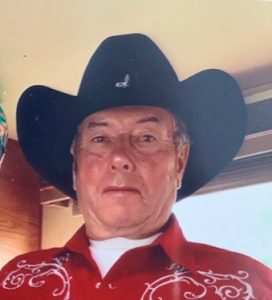 It is with great sadness yet relief that we announce the passing of Earl Nelson in Saskatoon on July 24, 2021 at the age of 80 years. Earl was born July 7, 1941 in Saskatoon. He grew up in Arborfield where he attended Ravenhurst School and completed his education at Arborfield School. He met his wife of 52 years Joan in Arborfield where they raised their 4 children on the family farm. They later moved to Slave Lake where Joan sadly passed in 2016.

He was pre-deceased by his parents Ed and Freda Nelson, survived by his siblings Lloyd Nelson (Joyce), Jalene Gustafson and Daryl Prokop as well as his four children Chris Nelson (Janet), Brad Nelson (Gail), Sheryl Normore (Danny), Jeremy and their families. While living in Saskatoon Earl met his soulmate Estelle while doing what he loved – dancing at one of the local centers. He spent 5+ years on Bill and Dorothy’s farm which he enjoyed immensely.

Earl lived a simple but full life and he was very passionate about his family. He loved farming, music, dancing, singing, camping and being a cowboy. No matter where Earl went he made fast friends and was loved by all. He will be dearly missed by all who knew him.