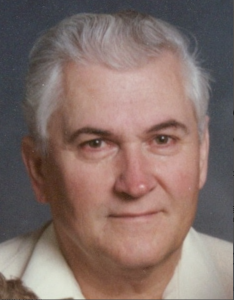 Ernie was raised on the family farm at Neuhorst, Sk. Soon after leaving for the big city, his working career included the Co-Op Creamery from 1957-1975 and entrepreneuring Bruno’s Pizza, which was an idea slightly ahead of it’s time.

When “off the clock”, Ernie coached minor softball and hockey, curled, fished, played cards and earned accolades far and wide for seeding and raising the best looking lawn in Saskatoon through the 70s and 80s. Quite possibly the first mixed-tape King, he started numerous weekends recording his favorite tunes onto reel-to-reel tapes to play at one of the many gatherings on Red River Road. He loved time with family and friends as well as beating any and all challengers at crokinole and cribbage. After a near lifetime of dedicated cheering, frustration and disappointment with the Cubs and Blackhawks, he was finally able to celebrate World Series and Stanley Cup victories. His sharp mind, dignity, sense of humor and loveable, selfless nature is dearly missed.

The family wishes to thank the staff of Samaritan Place, Dr. DeCoteau, Dr. Basker and Ryan Anderson (Accufit Denture) for their support.

Memorial celebration details will be communicated at a later date. In lieu of flowers, donations to the Alzheimer’s Society or Samaritan Place would be well placed . . . .