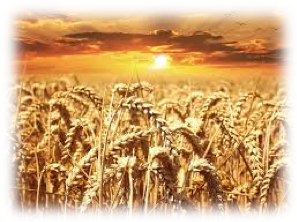 Frederich William Kraushar passed away peacefully on Friday, August 3, 2018 at the age of 89 in Langham. Fred is survived by his 6 children, Randy (Wendy), Karen Meszaros, Colleen, Janine (Terry) Wulff, Debby and Regan (Thelma); 17 grandchildren and 46 great- grandchildren; sisters-in-law Doreen Kraushar, Elvira Schindel, Levina Boor, Carol Martens and Florence Martens, Irene Kraushar ; as well as many nieces and nephews. He was predeceased by his beloved wife Alta of 67 years; parents Frederich Sr. (Barbara) Kraushar; father and mother-in-law Johann and Katherina (nee Andres) Martens; brothers George and Kenneth; son-in-law Thomas Meszaros; sisters-in-law, Alice Leier, Delphine Martens and Mildred Martens; brothers-in-law, William Schindel, Arthur Martens, Norman Martens and Ken Boor. Fred grew up fishing with his dad and his brothers on the Saskatchewan river. He also had a love of baseball and softball which he played for many years for the Saskatoon Merchants, Saskatoon Pats and the CNR Carmen softball club. Fred met his true love Alta and they were married in 1950 and they settled in Saskatoon where he worked for CNR until his retirement. As per Fred’s request there will be no funeral Services. A special thanks to all the staff at the Langham Senior Care Home.