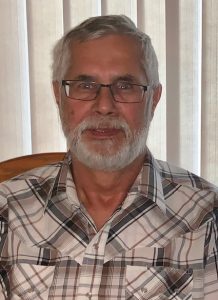 It is with deep sorrow that we announce the passing of Garry Connolly at 69 years of age, from Martensville, Sk after his courageous battle with cancer.

Garry leaves many to cherish his memory. His loving Wife and Soul Mate Karen.

Garry was born and raised in Prince Albert where he met his wife Karen. They moved to Saskatoon for a short time before settling in Martensville for 38 years. He worked in the Auto Body Business until retiring from Five Star Truck Collision Centre at the age of 65.

Garry’s greatest love was his family.  He was also passionate for fishing, curling, and anything Star Wars. He enjoyed tinkering in the garage on his 1970 Cougar, and woodworking.

We would like to express our gratitude to the palliative care staff at St. Paul’s Hospital for making Garry’s last days so comfortable.

Funeral arrangements will be set for a later date.

Funeral Arrangements have been entrusted to Cherished Memories Funeral Services and Crematory Inc.