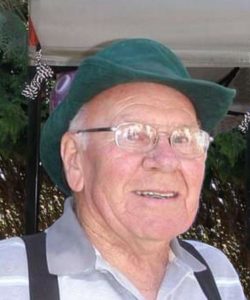 It is with heavy hearts that we announce the passing of our dad, Harry Bennett. Dad passed away in the wee morning hours of Thursday, February 10th, 2022 at St. Paul’s Hospital, in the Palliative Care Ward, in Saskatoon.

Dad was born May 27, 1925 on the family farm in Bickleigh, SK. He was the youngest of nine children. He married the love of his life, Pauline (nee Misouri) in 1959. He farmed with his dad in Bickleigh until 1962, when the opportunity came for him to pursue the dream of owning a full-service garage in Spruce Home, as he loved fixing vehicles.  He then moved on to perfect his welding skills. He was hired as a welder during construction of the pulp mill in Prince Albert, this led to his employment at Woodland Enterprises where he remained until his retirement. Dad spent many an hour in his garage, lending a helping hand to his neighbors, repairing a piece of farm equipment for one of the local farmers, and many times trying to figure out how to design and build something one of his daughters thought of. It was not uncommon to find him brainstorming with his nephew Terry to find a solution to the latest dilemma. He loved the challenge and loved creating with his hands. Often he would be designing a special tool he needed to the job done. He has certainly left his mark with many railings, trailers, hitches, and bumper modifications he made over the years.

Harry is survived by his two daughters; Dorothy Bennett (Harvey Taylor) of Prince Albert, and Lisa (Warren) Morash of Saskatoon, and his brother-in-law Lorn (Sonia) Misouri of Saskatoon. He will be missed by many nieces and nephews from both sides of the family.

Dad impacted the lives of many who were touched by his kindness and willingness to listen. To know our dad was certainly a privilege to many, he was the epitome of a gentleman.

He was predeceased by his beloved wife Pauline, to whom he was married for 43 years, his parents, Fred and May, his brothers Sydney, Reg, and Dick, and his sisters Lily, Kathleen, Mable, Dorothy, and Muriel.

We are planning a “Celebration of Life” service to be held on his birthday, on May 27, 2022. Further details to follow at a later date.

We would like to take this time to thank; Dr. Nigel Painter, Dr. Nico Kriel, Dr. Kishore Visvanathan and his colleagues with the Saskatoon Urology Associates, as well as the nurses and doctors in the Palliative Care Unit, for providing dad with such wonderful care during his illness.

In lieu of flowers, the family asks that donations be made in Harry’s name to the Palliative Care Unit at St. Paul’s Hospital, 1702 20th Street West, Saskatoon. SK. S7M 0Z9 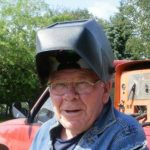 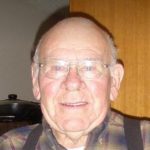 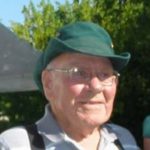