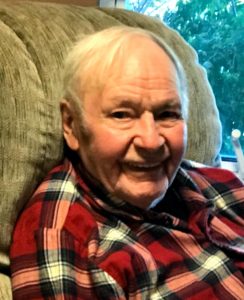 It is with great sadness that we announce the passing our dear father Henry Reddekopp at Samaritan Place on Monday January 16, 2023. Henry’s favorite times were sharing special moments with his children, grandchildren and great grandchildren. Henry enjoyed farming, his long career with Smith Roles of Saskatoon, travelling, and history. He looked forward to drives in the country, family visits and spending many hours together reminiscing about family.

Henry was predeceased by his – Parents – Johan and Maria Reddekopp

For anyone unable to attend the funeral service- a link has been set up at  https://funeraweb.tv/en/diffusions/67718
Interment at Schoenweise Cemetery, Gruenfeld, Saskatchewan.
Memorial Donations Alzheimer’s Society and Samaritan Place, Saskatoon