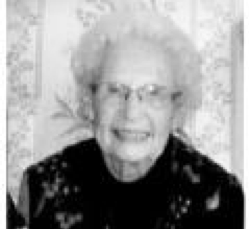 It is with deep sadness the Family announces the passing of Jackie Reynolds of Saskatoon on June 2, 2018 at the age of 95. Jackie is survived by her daughter Nancy Broughton (John) and son Rob Reynolds (Molly). Her Grandchildren who spent many Happy hours with include Dean Broughton (Erin), Scott Broughton (Tracy), Jack and Jeannie Reynolds. Her Great-Grandchildren, Bella, Alana, Nick, Lucy and Tucker Broughton brought her Great Joy! She is also survived by her brother Maxwell Cheyne. Mom was predeceased by her husband Jack (1979) and her brother Raymond Cheyne. Jackie was born on a farm near St. Brieux, Saskatchewan to Curly and Camille Cheyne. Jackie’s Grandma who only spoke French also lived with them for a time. Therefore Jackie learned to speak French and English fluently. Jackie worked for the Auto Clearing House and then became secretary at Buena Vista Public School. She continued to volunteer at the school for many years after her retirement. While in high school she became a member of “Nellie Small’s Girl Pipe Band”. They were also a dancing troupe that represented Canada at the New York World’s Fair. Jackie loved to travel with family and friends all over the World! She served as secretary for many organizations and editor for the Saskatoon Widow Group until this year. Jackie was very active in the United Church through CGIT, UCW and taught Sunday school. Mom was very open minded and always ready to explore new adventures. She exemplified an intelligent mind as she kept abreast of World issues. Jackie enjoyed many days at Emma Lake with her family sitting on the deck with a cup of tea. Mom always looked on the “bright side” of life and was a very positive, “Happy” person who was always ready to join in! She was an amazing cook who also enjoyed entertaining. Jackie “Loved” everyone and everyone “Loved” her! A Celebration of Jackie’s Life was held on June 10 at 2:00 p.m. at the Willows Golf & Country Club.