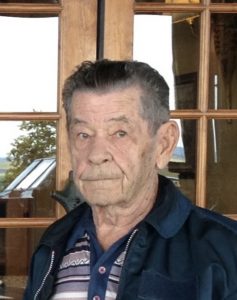 Jim Quinn, 91, of Saskatoon, SK., passed away peacefully on October 26, 2019 in the Royal University Hospital.  Jim was born on June 14, 1928 in Loverna, SK.,  but he grew up in a large family on a farm in the Peace River area of Alberta.  He also met his wife of 63 years, Jane, there.  They moved all over Alberta and Saskatchewan for the first six years of their marriage.  Jim was a sought-after heavy-duty mechanic and he and Jane moved from city to city while living in a small trailer, following jobs and having 6 boys.  Thankfully, as things got crowded in the trailer, Jim landed a permanent job in Saskatoon, where they stayed until present day.  In his 50’s, Jim retired from the mechanics business and opened an army surplus store with his son Ken.  They called it Quinn the Eskimo and it is still thriving in Saskatoon.
Jim was a popular baseball and hockey coach for many of his sons teams.  Jim loved children and he had a wonderful dry sense of humour that gave us all many laughs. In his later years he really enjoyed traveling.  He couldn’t resist a trip to Hawaii and Palm Springs,and made many trips there with his wife, his sons and longtime family friend, Violet.  He also explored New York City, LA, San Francisco, Cancun, Cayman Islands, and Florida.  He was a uncomplicated man but he was very curious and was always checking everything out. It got him into trouble on a few occasions.
Jim was predeceased by his son Greg in 2013.  He is lovingly survived by his wife, Jane; his sons, Allan (Taka), Ed (Candy), Gary (Maria), Ken and Terry (Twila); daughter-in-law, Tina; and his grandchildren, Jared, Kristin, Michelle, Elisha, Joel, Rebekah, Matthew, Bethany, Hope, Hannah, Nathan and Jesse.
In keeping with his modest, unassuming ways Jim has requested no funeral or service. 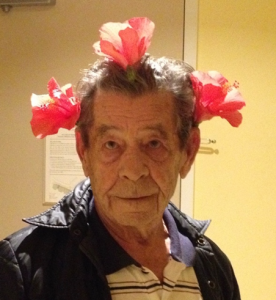