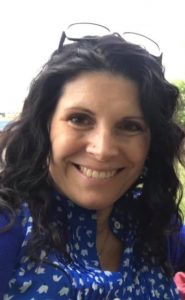 It is with great sadness that the family of Janys McGinnis (born Anderson) announce her passing on June 19th, 2021. Janys was born October 13th, 1964, daughter to Betty and Ed Anderson.

She attended school at MBCI in The Pas, Manitoba and completed her Registered Nursing Diploma at Grace General Hospital, Winnipeg, Manitoba. After working in Winnipeg and The Pas Hospitals, she relocated to Saskatoon where she had been working at both City Hospital and Royal University Hospital. Her caring and compassionate personality lent well to her chosen career.

Janys took great pride in raising her children and loved the time she spent with her granddaughters. She was extremely organized in every aspect of her life and found every opportunity to host family dinners and celebrations.

Janys began riding horses at the age of 5, developing a passion for horseback riding and barrel racing which continued throughout her life. Many awards were won including beautiful buckles which were proudly displayed in her home. Janys’ artistic flair led to many hobbies including scrapbooking, gardening and handicrafts. She loved camping and thrived on travelling with family and friends.

A celebration of Janys’ life will be held at 10:30am on Monday June 28th, 2021 at Saint Philip Neri Catholic Church, Saskatoon.

Everyone is welcome to join us via live stream at stphilipneriparish.ca

Funeral Arrangements have been entrusted to Cherished Memories Funeral Services and Crematory Inc.