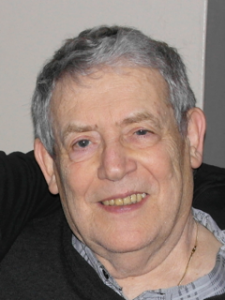 John was one of seven children, falling right in the middle. He was pre-deceased by his older sisters, Teresa & Jessie, older brother James (Gimi), younger brother Philip. He is survived by his brother Andrea and sister Christina.

John met & married Josephine Corbett in 1958, theirs was a love story that would last a lifetime. The family grew to include three children, Teresa, Jaqueline (Chris) & Johnnie (Shona).

We moved to Canada in October of 1967, and continued to grow. Jakki (Darcy) blessed the family with Dylan, Chelsea & Mandy (Gavin).

Johnnie (Linda) blessed them with Anna & Alex. The great-grandchildren started to arrive. Chelsea (Giovanni)with Haiden & Gianna, Anna (Donovan)with Lacon & Dax, Alex (Lorelei) with Josephine & Clayton. Family was everything for John, he loved all his siblings, in-laws, nieces & nephews, cousins & their children, he had a way of making everyone feel important and special, because they were to him. Many of whom enjoyed his hospitality at the Candle Lake cabin.

John grew up in Edinburgh, entering the Royal Air Force at 20yrs old. He apprenticed as a carpenter at Robb’s Shipyard in Leith then shifted careers to vending machines & jukeboxes. He continued in Canada with vending, seeing a need, John proposed to the U of S to start their own vending services, the proposal was accepted. Later his position came to include the management of Conferences & Residences. For a time, surplus assets was also a part of his work. John retired prematurely, due to his loss of sight. He was a soccer (football) player and was involved in the Saskatchewan Soccer Assoc. John gave up golf when he came Canada, in order to spend more time with the family, however his passion for golf was re-ignited, by the SK Blind Golf Assoc. He went on to win numerous tournaments and play in several countries. John was also a member of the Masonic Lodge (Oliver Lodge). He was an avid photographer & music lover, two of his passions he enjoyed until the end.