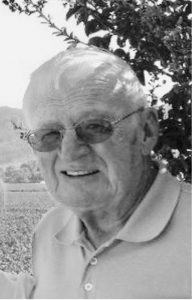 We are saddened to announce the passing of Lionel James (Jim) Houston (August 21st, 1937 – August 11th, 2018 of Saskatoon, Saskatchewan). Jim leaves behind his best friend, wife and partner of 59 years, Joan. Jim and Joan produced three children: Susan (Don) Fillo, (Andrew and Emily), Dave (Ralyne) Houston (Zach, Alyssa, Kael and Jag) and Gary (Sallie) Houston (Jordyn, Ethan, Isaac, Samuel, Abigail & Elijah). Jim was predeceased by his parents Jim and Vivian, in-laws Emil and Muriel Spielman. He is survived by two sisters: Eileen (Del) Botheras of Sundre, AB and Diane Houston-Neville of St. Albert, AB, and many nieces and nephews. Jim was also predeceased by two special brothers-in-law – Dennis Spielman and Mel Neville. Jim grew up in Calgary and ran his two horses, Blackie and Queenie, on the Bow River in the city and as he grew up he fished the Highwood River before there were roads and hunted in the wide open spaces. He met Joan Spielman when her family moved in across the alley in Calgary when he was 18. He drove a ’55 Pontiac convertible and picked up his new neighbor. It worked. They were married in 1959 while Jim worked at Burns Meats and began their family in 1960. In 1966 they relocated to Saskatoon where Jim began his career at Intercontinental Packers and started following his kids in their sports, especially the boys’ hockey through many years with the Flyers and the Contacts. Summer camping trips through Alberta and BC left many happy memories and a lot of adventures. Jim and Joan built their first cabin at Chitek Lake in 1978. In 1980 they moved to Richmond, BC as Jim ran Intercontinental Packers in Vancouver. After that Jim and Joan relocated to Moose Jaw where they worked together to build Moose Jaw Packers into an international supplier exporting to the US and Asia. In 1994 they returned to Saskatoon and split their time between Chitek Lake and Saskatoon. Chitek Lake would remain a passion and a destination for the rest of his years. Jim had some very special friends over the years in Saskatoon who departed before him. We hope Dad is having coffee, a round of golf and a beer with Don and Ron Leedahl, Eric Karolat, Murray Edwards and all the other hockey Dads. The family would like to extend their gratitude to the Royal University Hospital. Their care and dedication to Jim was inspiring and greatly appreciated. The memorial took place at the German Club on Saturday Sept 15th.

In lieu of flowers, the family requests donations be made to Kidsport Saskatchewan http://www.kidsportcanada.ca/saskatchewan/saskatoon/