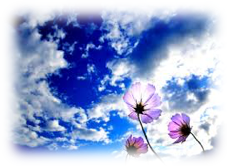 Marion Chornobrywy passed away on May 28th, 2018 at RUH in Saskatoon. Marion was born in Belfast, Northern Ireland, on July 1st, 1933. She was the second of four daughters born to Robert and Maisey Agnew, sisters Doris (Jack), Eileen (Mark), Carol (Roy). At 25 years of age, and by herself, she immigrated to Ottawa. Her parents did not say goodbye to her at the ship as they believed she would be on the next ship back home. In Ottawa she was the first woman to do window displays for a department store in Canada. It was in Ottawa where she met and married WWII Veteran and Wing Commander in the RCAF, Amil Chornobrywy. They later moved to Montreal where Marion obtained her Fine Arts Degree from Concordia University. She also owned an art gallery, named Gallerie Elite. In her later years she moved to Saskatoon to be closer to family. Marion is survived by her children Lynn (Claude) Seguin, Dennis (Johanna) Chornobrywy and extended family, Jean-Pierre (Carlyn), Aaron (Joanne), Bree, Jacynthe, Emily, Will, Camille, Victoria and Larry plus many nieces and nephews in Ireland and the UK. A memorial will take place at a later date in her beloved city of Belfast. The family wishes to thank RUH Doctors, nurses and staff who made her last days easier. Thoughts and memories may be sent to cherishedmemories@sasktel.net www.cherishedmemories.ca.