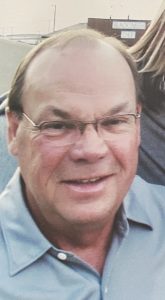 It is with profound sadness that we announce the sudden passing of Gene McCrea at the age of 77, after a brief battle with cancer. Gene was born in Bengaugh, Saskatchewan, the youngest of 11 children.  At the age of 6, the family moved to Melfort, Saskatchewan.  This is where Gene spent his summers playing baseball and his winters playing hockey. It was in Melfort that Gene would meet the love of his life, the woman who he would spend it with: Arlene.

Gene and Arlene were married on June 2nd, 1967,  and spent the next 55 years together building a beautiful life and raising their children: Kendra Lee (1978), and Aaron Mitchell (1982).  Tragically, their first born daughter, Tara Lynn (1973) passed at birth. Gene and Arlene resided in Melfort, Prince Albert, and finally, Candle Lake.

Gene’s life-long love of sports was passed on to his children and his grandsons.  There was nothing he enjoyed more than coaching and watching them play.  He spent years coaching Kendra’s fastball and Aaron’s hockey teams.  When his grandsons began playing hockey and baseball, he wanted to be at every game cheering them on; sometimes going hoarse from cheering so hard.

He was predeceased by his daughter Tara Lynn, his parents Kenneth and Florence, and 6 of sisters and his brother.

Gene is survived by his wife Arlene, daughter Kendra, her husband Jason and their sons Oliver and Owen, and his son Aaron, and his fiancé Kendra.

He will be greatly missed by his family and all those who were lucky enough to call him a friend.

A celebration of his life will be held in the spring of 2023 where we can drink some morning glories and share some memories.