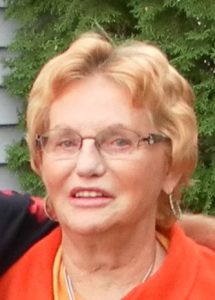 She later moved to Prince Albert to live with her sister Beth and continue her schooling.

In her late teens she married Bill Pearman & they raised there 5 children on a farm south of Prince Albert.

When her circumstances changed when she was 40 and she had to start a new life on her own, she showed everyone what a hard worker and remarkable business woman she was.

She went to P.A. Business College and took a book keeping course in order to support herself.

That was just a start with her new job, she was now able to take nursing, beginning by correspondence and finally finishing it in Saskatoon & Toronto.

Her nursing  career took her to Saskatoon, B.C. and the N.W.T. Her last nursing post was at Montreal Lake First Nation, where she made many lasting friends who loved to come and visit nurse Myra after she retired, when they were in Saskatoon

When the grand kids started to come along she turned into an absolute unapologetic cereal spoiler.

In 2012 Myra was diagnosed with Alzheimer’s and had to be moved to a nursing home,

of course she fought that every step of the way which was no surprise to anybody that new her.

She resided there until her passing

Myra was predeceased by the father of her children Bill Pearman, her sons Rory & Harold Pearman.

Donations may be made to the Alzheimer’s Society.