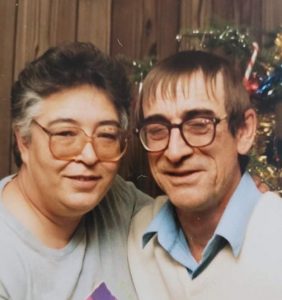 Peter Quiring passed in his sleep at age 79 on December 1st, 2021. Peter worked for PCS Cory for 35 years as a journeyman welder and instructor of the trade. Peter loved camping, fishing, boating and life in general. When Peter retired and was able to afford to buy a RV, he immediately took it up to Delaronde Lake and left it parked there. Peter was more at peace when he was at the lake from the May long weekend to Labour Day weekend. When he was out on his boat fishing, he didn’t mind if he caught a fish or not, what he loved was the peacefulness of the lake. The only time he would reluctantly return to the city was for medical appointments. Peter was also a fantastic cook, he would notify his family when Zumma borscht was being served that day. All the family would gather to consume his Zumma borscht with gusto.

Peter also had many friends in the city as well at the lake. A few of his work buddies also had units at the lake and he liked nothing more then to get together with them and reminisce about the job or the tricks they played on each other or other crew members or see who can out BS the other.

Peter was predeceased by his wife, Marie (Vandale), his parents, Cornelius Quiring and Justina (Martins), his favourite sister in law, Bonnie (Jim) Vandale and longtime (since childhood)  friend and brother in law, John Vandale.