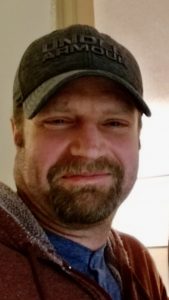 With sadness and love, the family of Quintin James Wiebe announce his passing on May 11, 2020 due to complications from addiction issues.  Quintin was born in Saskatoon on December 30, 1979.  He lived a life full of energy and loved to learn and discover.  He worked hard and even at a very early age displayed aptitude for anything involving tools, electricity and fire.  There was not a household appliance safe from his inquisitive mind.  Fortunately, he was usually able to put back what he had taken apart to examine.  At the age of only 5, he wired a set of Christmas lights around his top bunk bed, complete with an on/off switch that he screwed into the head of the bed.  He had his own vocabulary, with made-up words that he would use over and over again until others started to use them, at which point he would move to some new ones. He had a nickname and an inside story for everyone he knew. His stories, his sense of humour and his quick wit could make anyone laugh out loud.  We will never forget his “Have I ever told you about Kodiak socks?” story. He recently told his dad that one of his best childhood memories was building a go-cart together.  He would go on with the basics he learned from that experience to “soup up” just about every vehicle he owned from that point on.  It seemed nothing was ever big enough, strong enough or fast enough that he couldn’t make it even more so.  One attempt on a lawn mower ended up with Quintin running to the outdoor tap with a lawn mower engulfed in flames.  His practical jokes, like sitting a dead raccoon that he’d found on the road onto the driver’s seat of his sister’s car, were never-ending.  He obtained his journeyman’s electrician status with one of the highest marks ever – and all this while spending what should have been a large part of his studying, as well as class time, fishing.  He innately knew how things worked and was able to retain a vast amount of knowledge – there wasn’t an electrical code that he didn’t know. He was a perfectionist and worked to master every task he tackled. His efforts at a home garden led to a detailed understanding of the intricacies of the ph balance of soil. He later went on to obtain journeyman’s status as a scale technician and also obtained his interprovincial instrumentation license. He married the girl down the block in 2005.  Unfortunately, that marriage didn’t last, but did produce an amazing little boy named Decker.  Quintin struggled for the past number of years with addictions, beginning with painkillers prescribed following a broken leg, before the dangers of OxyContin were fully known. He did attend Teen Challenge and returned home a man full of life and laughter and living for his personal Saviour, Jesus Christ.  The struggles with this disease are on-going, however, and the battle is sometimes overwhelming. So many people gave of themselves to help Quintin and we want to acknowledge our appreciation for your love and caring. We know that his commitment to the Lord was real and that he is now in heaven, free of the physical and emotional pain that go along with this disease.  He leaves to mourn his son, Decker and Decker’s mother, Dorinda (Thompson), parents Dale & Sandy Wiebe, his siblings, Nathan (Renee), Carmen (Brad Hamm), Darcy (Angela) McDonald, Brandon (Jessica Schreiner) and Kristyn, as well as 12 nieces and nephews, and many aunts, uncles and cousins.  Due to the present health situation, there will be no funeral at this time, but a memorial service will be held when it is safe to do so.  In lieu of flowers please consider a donation to Teen Challenge Canada. Feel free to share your own Quintin stories in the guest book.