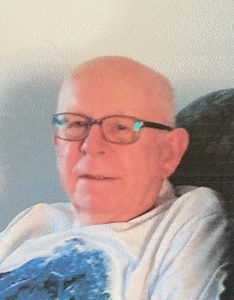 Born to Jim and Grace (Frerichs) Davison in Rosetown Union Hospital, Ralph was a farm boy who wanted a different life. He joined the SK Power Authority as an apprentice line man then became a journeyman lineman.  He was the third oldest out of four boys, with David the youngest still living in Calgary.

The lineman, Ralph, married a young nurse working in Rosetown Hospital, and he and Reata (Drury) Davison would have celebrated 64 years married, on November 15 this year.  He is predeceased by his daughter Laurie, who died of Cancer at 20 years of age, in her second year at University of B.C.

Son Robin, born in B.C. in 1967, was born with special needs and has been a source of great enjoyment at home for 54 years.

Whitey worked in B.C. from 1966 (with 8 years in USA in linework) until retirement in 1995. After Reata retired from nursing in 1997, the three moved to Armstrong B.C. in the Okanagan.

Then in 2008 they moved back to Saskatoon where both the Davison and Drury families live.

The three have all lived a full and active life.  Whitey loved wild life and hunted in the fall wherever he was working, and also had a hobby restoring old vehicles and tractors. For many years, wherever they lived, Ralph and Reata worked on executive committees and did fund raising with various associations; 30 years with the Fraser Valley for Special Needs Children and Adults, the Heritage O’Keefe Ranch in the Okanagan, Long Term Care in Vernon, Candy Stripers in Armstrong, and Wildlife in the North Okanagan.

Since 2008 it’s been retirement with yard work and shovelling snow in Saskatchewan.

At Whitey’s request there will be a cremation and no funeral. Anyone wishing to remember him can donate to Telemiracle in the spring and aid our special needs citizens.

One response to “Ralph (Whitey) Davison”