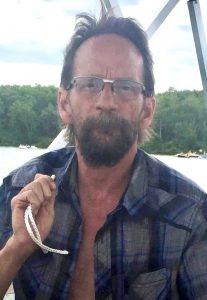 It is with deep sadness that the family announces Raymond’s unexpected passing on Feb.8 2022 at the age of 60. He died at RUH with his family by his side. Raymond was born on June 9 1961 in Saskatoon Sk to Ron and Betty (nee Wright) Utigard and was the 5th of 6 children.

Raymond was predeceased by his parents Ron and Betty Utigard, his sister Betty Anne Joy, and his parents in law Doreen Lloyd and Herman Lachappelle.

Raymond lived his life in Saskatoon except for a couple teenage years the family lived in Demain Sk. He was a journeyman mechanic, and that led him down many different career paths.  He had a lifelong passion for building and racing stock cars which came from his Dad and was passed to his son Rylan. He could fix anything, build anything, and drive anything. He had a passion for his wife Sherryl and they were always together whether they were attending the kids sporting events, racing, camping, quadding, sledding, playing cards or boating at the lake – alone or surrounded by family and friends.

In recent years the lake lot was Raymond’s happy place where he spent many joyful weekends working on projects with his grown children and playing with his beautiful grandchildren. His loss leaves us aching for his advice, his humour, and his hugs.

A Celebration of Life will be held at 2:00 pm on Saturday, February 19, 2022 in Cherished Memories Chapel, 591 Centennial Drive North, Martensville.