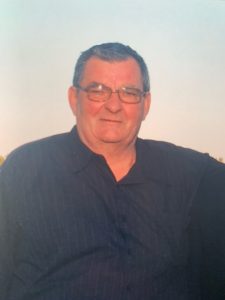 Born in Charlottetown, PEI, he was the son of the late Reginald and Eunice MacDonald.  Gerard was also predeceased by his sister Christine Gregory and brother Peter MacDonald. Gerard will be remembered by his son Kent (Terri Lynn Ford) MacDonald, and daughter Tracey (Clark Wood) Flynn.

Also left to cherish his memory are his grandchildren; Kennedy, Colby, Zachary, Hunter, Noah and Landon.

A private family service (by invitation only) will be held at a later date.

As an expression of sympathy, memorial donations can be made to the Saskatchewan SPCA