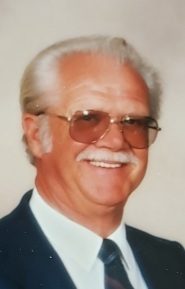 Robert Richard Merkle entered into this world on December 17, 1934 and departed peacefully 86 years later on August 19, 2021.

Bob lived all his life in Saskatoon.  In 1951, at the age of 17, he met his one and only true love, Denise Cowan. They spent 70 happy years together and had recently celebrated their 65th wedding anniversary.  Bob and Denise were married on June 2, 1956 and had five children. They were blessed with eleven grandchildren; and nine great grandchildren.

He was predeceased by his parents, Richard and Hilda; his Aunt Della and Uncle George; his wife’s parents, Lyle and Sadie; brothers-in-law, Dennis and Gerald; and his niece Tara.

Bob began working construction at the age of 13. By the time he was 18, he had begun his full-time career at the Star Phoenix, working as night foreman in charge of the composing room. In 1989, after 36 years of devoted service, Bob accepted an early retirement package which allowed him to spend more quality time down south in winters and summertime at the lake and in his beloved garden.

For most of his life, Bob actively participated in a variety of sports. He helped coach some of his children’s sports teams as well as was involved in Scouting for many years. Bob thoroughly enjoyed watching his children and grandchildren play sports and enjoyed watching professional sports on TV.

Bob was an avid hobbyist. He spent countless hours carving wood and perfecting his craft. He also loved to go camping and fishing and spent many years taking his family on trips throughout Saskatchewan and occasionally out of province. He was a devoted family man who loved music, long conversations and cracking jokes.

Bob and Denise travelled in winters to Yuma, Arizona. They started out “boon-docking” in the desert with Denise’s parents, later purchased a unit in Capri Trailer Park where they enjoyed many years of activities along with frequent trips to Algodones, Mexico and Hawaii. They spent a total of 26 wonderful, happy  years as snowbirds.

Bob spent his final few weeks in Palliative Care at St. Paul’s hospital then moved to the Hospice at Glengarda where the Doctors, Nurses and Care Staff went above and beyond his expectations. Bob, along with his family, would like to extend their sincere thanks to everyone who helped make his final days comfortable. They also wish to send a special shout out to Dr. Jason Hosain for his kind words of encouragement, support and his witty sense of humor that Bob enjoyed so very much.

A Celebration of Life Service will be held at Cherished Memories Funeral Home, 591 Centennial Drive North, Martensville, SK on Friday, August 27th, 2021 at 1:00 p.m.  The link to view Service online is    http://www.livememorialservices.com/Home/ServiceDetail/15762    In lieu of flowers, donations in Bob’s memory may be made to the St. Paul’s Hospital Foundation – Hospice at Glengarda (1702 – 20th Street West, Saskatoon, SK S7M 0Z9. Arrangements are entrusted to CHERISHED MEMORIES FUNERAL HOME (306) 242-7888.