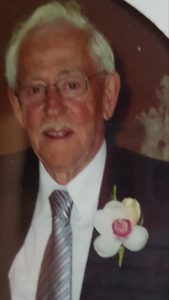 With sadness we announce that Bob passed away at the age of 92 on August 10th, 2022 with his loving wife Caroline at his side. Bob was born on February 23, 1930 at St. Paul’s Hospital in Saskatoon, beloved son of Alfred Vincent Svoboda and Dorothy Marie Fitzhugh.

Bob was a man of many talents and interests including military matters. He began in Sea Cadets in the 1940s (CPO) and later joined the RCAF in 1953 serving as pilot and navigator. He also served in the militia retiring as Major.

Bob worked in sales, housing construction, addictions counselor and as a commissionaire retiring at the age of 85. He was an active member of the British Car Club and an honorary member of the Progressive Conservative Party of Saskatchewan.

Bob loved fishing, working on vehicles, classical music, opera and reading. Bob was a gifted man with an incredible wealth of knowledge. He was organized and meticulous, also very caring and generous. He loved to socialize and made friends easily. Bob had a great love for his wife and family and was proud of each of them, never missing acknowledging their birthdays.

Bob is predeceased by his parents and sister Joan Coggins. He leaves to mourn his dear wife Caroline, his brother Charles/Lisa, his sister Corinne/Jim, his children Rob/Sandy, Lynda/Garry, Gerry and Bart and numerous grandchildren and great-grandchildren and friends.

BOB… WE WILL ALWAYS CARRY YOUR MEMORY IN OUR HEARTS.

Donations can be made to the charity of your choice.