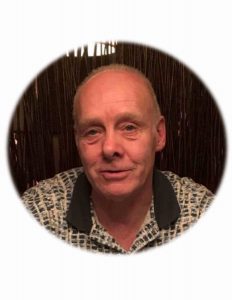 Terry will be joining the love of his life Laura, their partners-in-crime Larry and Rhoda McLeod, and loving parents Mable and Bert.

Terry was born in Saskatoon October 07, 1948. His early years were spent on the farm at Colonsay where he attended the one room school house Sleaford School until grade three. He moved with his family to Saskatoon in 1958, attending Caswell school and Bedford Road Collegiate. Terry worked various jobs throughout his life and recently retired from Connection Point at the University of Saskatchewan where he developed many close friendships.

Terry devoted his life to animal welfare, especially rescue cats. His day centred around the caring for his three cats Wicca, Tiger Lily, and Bijoux.

We will miss his wit, dry humour and those striking blue eyes.

Our lives will be forever changed.

We would like to thank Dr. Andrea Johnson and the staff at SPH’s Palliative Care Unit for the compassionate care given to Terry. At Terry’s request there will be no funeral.

One response to “Terrance Keith Collins”