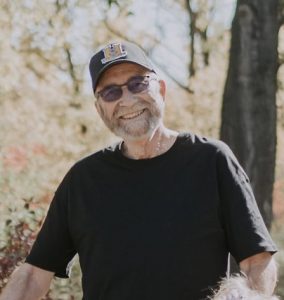 After a short battle with cancer, Terry passed away peacefully with family by his side. He is survived by his wife Nancy, daughters Katee (Levi) and Haley (Dustin), brother Barry (Darlene), sister Janice (Bob), and his most beloved grandchildren Lainey and Waylon. Terry worked the majority of his life for the City of Saskatoon as an equipment operator and later in Public Works Central Stores. After retirement, he found a new passion as a Director for the Saskatoon Hilltops Football Club where he became “The King of Bling”. His greatest wish was to see the stands at the games full. In honour of Terry, please consider attending a Hilltops football game in the upcoming season. Terry was also known for his love of collector cars and all things automobile. The family would like to extend a very special thank you to Dr. Lillian Thorpe and Dr. David Campbell for their support. As per his wishes, a casual come and go get together will be held at the Hilltops Clubhouse in Saskatoon on January 22, 2022 from 12-3. Terry will be deeply missed by many, and we ask that you please remember him fondly in your hearts.