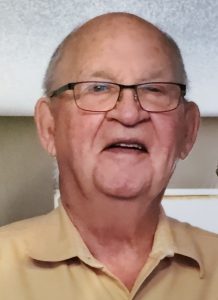 The family of William Elgin Black is saddened to announce the death of our father, grand-father, and great-grandfather. William (Bill) died after a struggle with dementia and myelodysplastic syndrome. Bill was born to William George and Marjorie Black in Regina on December 30th, 1934. As many young men of his time, he left school early to pursue a life in the trades. Bill became a journeyman gasfitter, finding employment with SaskPower at a time when natural gas was being brought to smaller communities.

It was on one of his postings, in Biggar, that he met Lorraine Hoppe who became his partner in life for sixty-four years. Together, they raised a family of four, Jeffrey, Cameron, Cheryl, and Cathy. Their young family moved constantly due to the nature of the job, so in 1968 Bill entered the University of Regina and completed his B.Ed. with distinction, hoping to land a teaching job in his home city and bring more stability to his family. As nothing was available, he moved to Fort McMurray in 1971 and became an administrator at Keyano College where he was able to meld his trades knowledge and academic expertise. He returned to Regina in 1976 to work in adult basic education, before finishing his career with SIAST in Saskatoon in 1996.

A Christmas present from Lorraine in 1971, a Black and Decker table saw, unleashed one of Bill’s many creative talents. With time, he became a very accomplished wood-worker. Good fortune allowed him to have a long, healthy retirement during which he practised and honed his skills. Every household in the extended family is adorned by custom kitchens, clocks, curio cabinets, table and chair sets, beds, carvings and so forth. Soon, the demand came from the outside, as others ordered custom work from him too, including businesses, offices, and neighbours. Bill was also a passionate fisherman. In his earlier years, he enjoyed northern trips with his brother, Robert, and various friends. More recently, he fished with a group of friends from Regina. Eventually, failing health forced him to stay home.

Bill loved travel, and he and Lorraine traveled widely. His first trip was by motor cycle to Mexico when he was just a teenager. With Lorraine, he toured Europe, being especially fond of Germany and Greece, Mexico, Cuba, Turkey and Costa Rica. On their last trip to Mexico, when he was eighty, he astounded his travel partners when he went parasailing. He also traveled to Ghana twice in order to help establish a trades institution in Accra.

Bill is predeceased by his parents, his half-brother, Howard, grandson, David, and two great-grand daughters, Addie and Emma, who were both taken in their first year of life by SMA. In lieu of flowers, the family asks that friends and family make donations to SMA research, or the Alzheimer Society. Bill is survived by his loving wife, Lorraine, sons Jeff of Saskatoon, Cameron (Kathy) of Camrose, daughters Cheryl Black (Trent), and Catherine Rettger (Kim) of Davidson, and grandchildren Daniel Surine (Shannon), Deborah Surine, Jill, Alex and Mark Rettger and two great-granddaughters Ida and Aurora Surine.

Services will be held at Christ Church Anglican in Saskatoon, on March 5, 2022, at 3:00 pm with Reverend Mark Kleiner officiating. 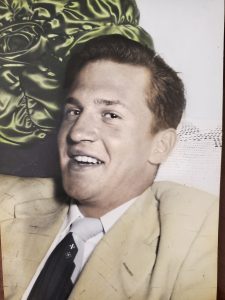 One response to “William (Bill) Black”